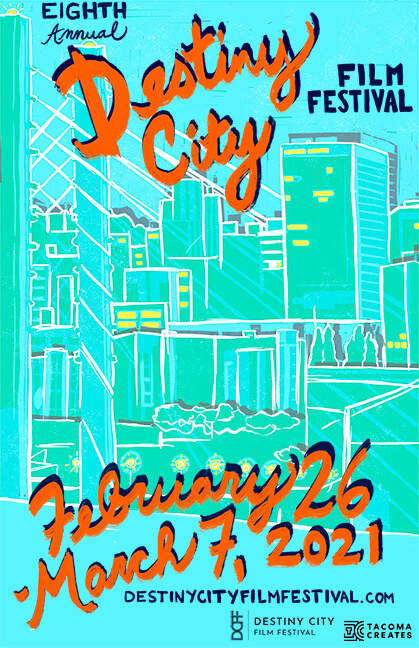 Early Bird VIP passes are currently on sale at a discounted rate of $50 until Feb. 1. Individual film and event tickets may be reserved here. Students are eligible to receive free passes by applying here.

“While we’ll miss our in-person celebration, we are excited about what our audience will be able to enjoy this year. Each of the films was selected because of their exceptional storytelling and the impact we believe they’ll make on our audience,” says Festival founder and executive director Emily Nakada-Alm. “This is your chance to escape, to dream, and to experience another life that you’d always wanted or been curious about.”

In addition to 10 days of film screenings, the Festival, funded by Tacoma Creates, will present the following free, public events curated by DCFF’s Advisory Board:

Sunday, Feb. 28 at 2 p.m. – A New Generation of Storytellers, Co-Presented with The National Film Festival for Talented Youth (NFFTY)

Saturday, March 6 at 4 p.m. – Foundations of a Screenplay Workshop: The Logline

See the attached document for the full film guide.