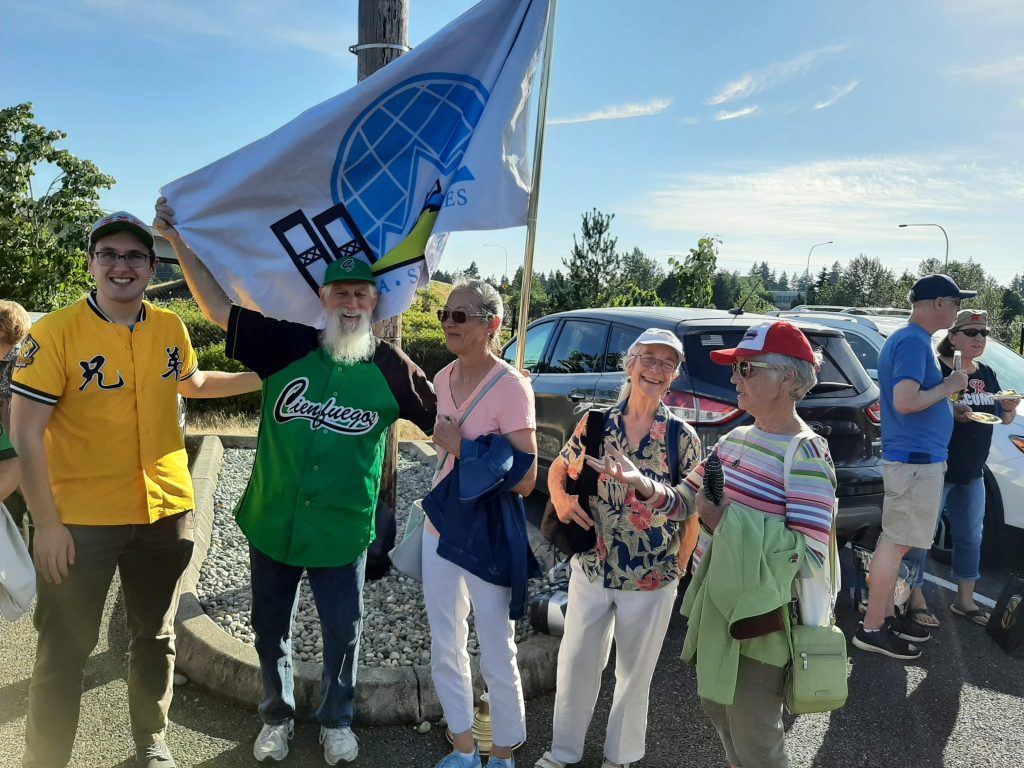 Our Sister Cities Rainiers Night on July 6 was a huge success! It was a night of food, fun and baseball at Cheney Stadium. Looking forward to another one of these!

A FEW PICTURES OF THE NIGHT

A bit of history on the Tacoma Rainiers

The relaunch of the Rainiers brand with updated logos in 2015 helped kick off an era of tremendous growth for the franchise. Over the past four seasons Tacoma ownership has poured money into various Cheney Stadium projects including R Bar and the Mary Bridge Family Pavilion, ensuring the ballpark remains fresh and modern while providing fans the best possible game day experience. In 2017 Cheney Stadium proudly played host to the Triple-A All-Star Game and Home Run Derby for the first time in Tacoma’s history and welcomed 388,633 fans through the gates over the course of the summer. Each of the last four seasons have ranked among the franchise’s top five years in season attendance. The Rainiers have ranked among MiLB’s Top 25 teams in licensed merchandise sales in three consecutive years from 2015-17, a franchise first. President Aaron Artman and Director of Baseball Operation and Merchandise Ashley Schutt have both earned Pacific Coast League awards for their world-class work. R City has helped R House thrive – it’s never been a better time to visit Cheney Stadium. See full affiliation history here
Share
Tacoma Sister Cities Summer Newsletter
Our sister cities history exhibition is opening today!