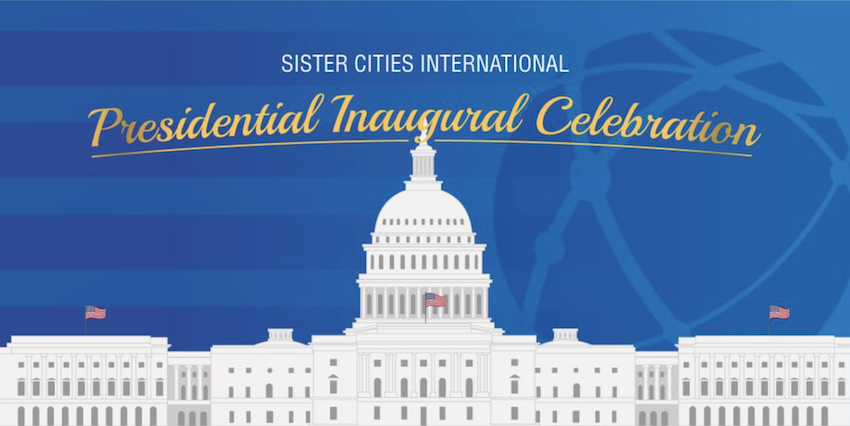 Sister Cities International is honored to celebrate the inauguration of our new Honorary Chairman, President-elect Joe Biden. We invite all global citizens to join us in commemorating this momentous occasion.

The Sister Cities International Inaugural Gala is the premier international event which launches the week of presidential inaugural celebrations in the United States. Due to the current pandemic, this year’s much anticipated gala will be held virtually on Sunday, January 17, 2021 from 7:00 PM to 9:00 PM EST.

This event is open and free for all.

This year’s theme is “All Roads Lead to Diplomacy” and our program will feature prominent speakers as well as spectacular musical and cultural performances. We anticipate an expansive global audience that includes diplomats, members of Congress, mayors and community leaders from our sister cities near and far.

Sister Cities International was founded by Dwight D. Eisenhower in 1956 at the White House Conference on Citizen Diplomacy. Since then, we have been honored to have every U.S. president serve as the organization’s Honorary Chairman, including Presidents Trump, Obama, Bush, Clinton and now President-elect Biden.