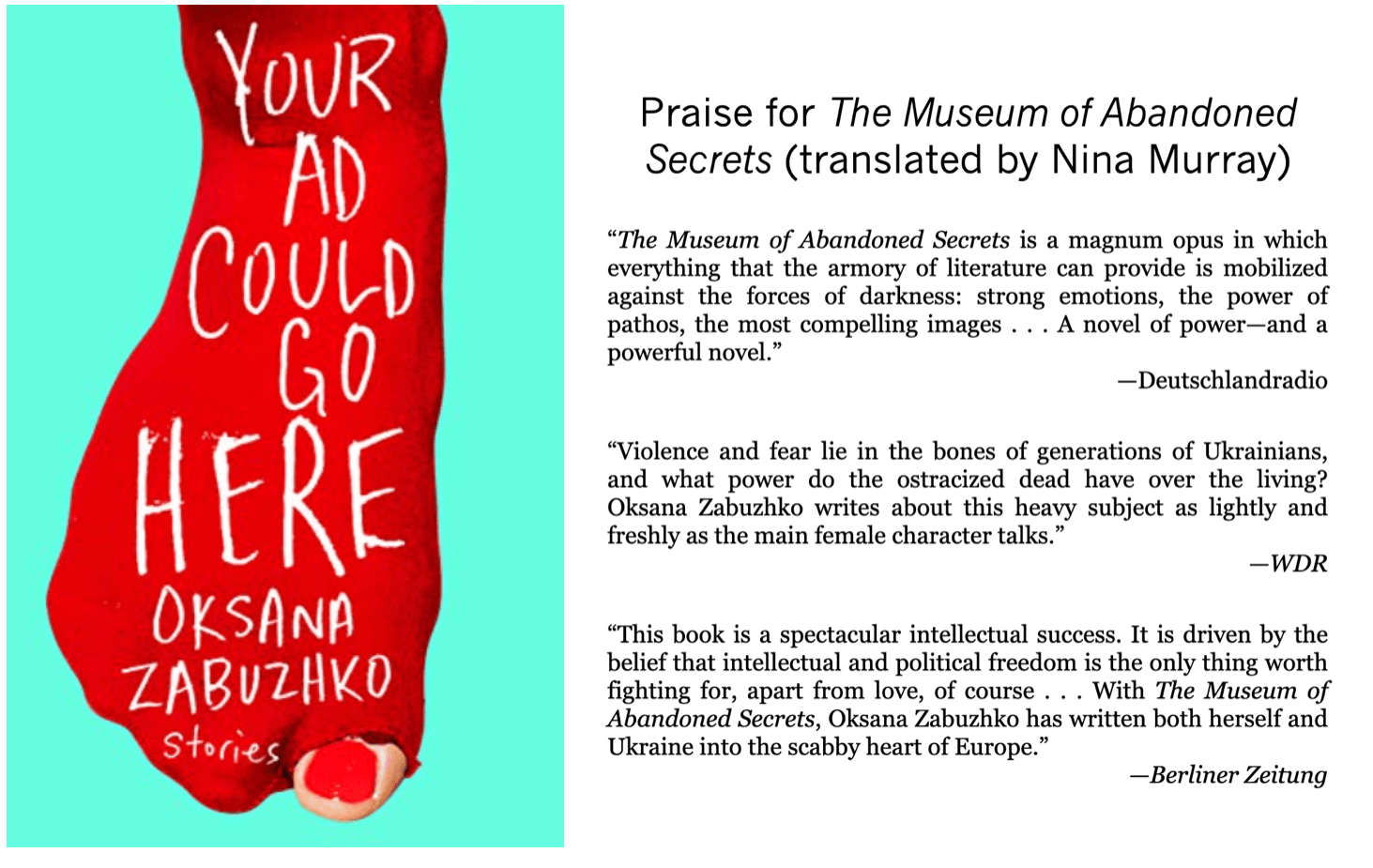 Join us on October 19 as we learn about our Sister City Brovary cultural identity through a book from its country, Ukraine . All while snacking on delicious treats inspired by international cuisine! Check our book club page !
This month book:
Your Ad Could Go Here s by Oksana Zabuzhko
Book link 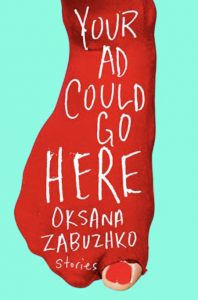 Description:
Oksana Zabuzhko, Ukraine’s leading public intellectual, is called upon to make sense of the unthinkable reality of our times. In this breathtaking short story collection, she turns the concept of truth over in her hands like a beautifully crafted pair of gloves. From the triumph of the Orange Revolution, which marked the start of the twenty-first century, to domestic victories in matchmaking, sibling rivalry, and even tennis, Zabuzhko manages to shock the reader by juxtaposing things as they are–inarguable, visible to the naked eye–with how things could be, weaving myth and fairy tale into pivotal moments just as we weave a satisfying narrative arc into our own personal mythologies. At once intimate and worldly, these stories resonate with Zabuzhko’s irreverent and prescient voice, echoing long after reading.
Author: Oksana Zabuzhko was born in 1960 in Ukraine. She made her poetry debut at the age of 12, yet, because her parents had been blacklisted during the Soviet purges of the 1970s, it was not until the perestroika that her first book was published.After the publication of her novel “Field Work in Ukrainian Sex” (1996), which in 2006 was named “the most influential Ukrainian book for the 15 years of independence”, she has been living in Kiev as a free-lance author. She has authored over 20 books of poetry, fiction, and non-fiction, which have been translated into fifteen languages.
Animator of the Book Club: Hunter White. Learn more about Hunter here