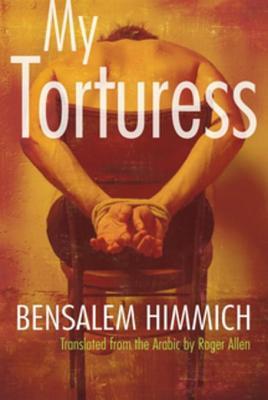 Discover My Torturess, a harrowing novel by Bensalem Himmich.
Join us on Monday, November 15 as we learn about our Sister City El Jadida cultural identity through a book from its country, Morocco. All while snacking on delicious treats inspired by international cuisine! Check our book club page !
This month book:
My Torturess by Bensalem Himmich
Book link

Description:
In this harrowing novel, a young Moroccan bookseller is falsely accused of being involved in jihadist activities. Drugged and carried off the street, Hamuda is extraordinarily rendered to a prison camp in an unknown location where he is interrogated and subjected to various methods of torture. Narrated through the voice of the young prisoner, the novel unfolds in Hamuda’s attempt to record his experience once he is finally released after six years in captivity. He paints an unforgettable portrait of his captors’ brutality and the terrifying methods of his primary interrogator, a French woman known as Mama Ghula. With a lucid style, Himmich delivers a visceral tale that explores the moral depths to which humanity is capable of descending and the limits of what the soul can endure. Author: Philosopher and writer Bensalem Himmich is the author of a number of works in both Arabic and French. He has won a number of prizes and distinctions, including the Naguib Mahfouz Prize (American University in Cairo, 2002), the Sharjah-UNESCO Prize (2003), the Diploma and Medal of the Academic Society of Arts and Letters (Paris, 2009), and the Prize of the Academy of Floral Games (Toulouse, France, 2011). My Torturess was nominated for the International Arabic Fiction Prize in 2011. Roger Allen is the Sascha Jane Patterson Harvie Professor Emeritus of Social Thought and Comparative Ethics in the School of Arts and Sciences at the University of Pennsylvania, where he is professor emeritus of Arabic and comparative literature. Among his translations are Bensalem Himmich’s A Muslim Suicide and The Polymath.
Animator of the Book Club: Hunter White. Learn more about Hunter here