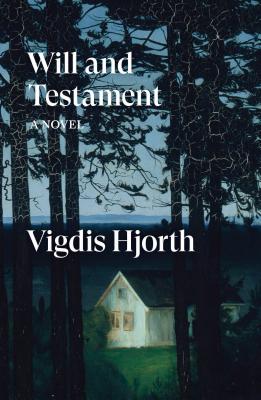 Join us on March 29th as we learn about our Sister City Aalesund cultural identity through a book from its country, Norway . All while snacking on delicious treats inspired by international cuisine! Check our book club page !
This month book:
Will and Testament by Vigdis Hjorth
Book link

Description:
Four siblings. Two summer houses. One terrible secret. When a dispute over her parents’ will grows bitter, Bergljot is drawn back into the orbit of the family she fled twenty years before. Her mother and father have decided to leave two island summer houses to her sisters, disinheriting the two eldest siblings from the most meaningful part of the estate. To outsiders, it is a quarrel about property and favouritism. But Bergljot, who has borne a horrible secret since childhood, understands the gesture as something very different—a final attempt to suppress the truth and a cruel insult to the grievously injured. Will and Testament is a lyrical meditation on trauma and memory, as well as a furious account of a woman’s struggle to survive and be believed. Vigdis Hjorth’s novel became a controversial literary sensation in Norway and has been translated into twenty languages. Read a New Yorker article about the book Author: Vigdis Hjorth is the author of over a dozen prize-winning and bestselling novels. Will and Testament sold 150,000 copies in Norway and has received several awards, including the Norwegian Critics Prize for Literature and the Norwegian Booksellers’ Prize, as well as being nominated for the Nordic Council Literature Prize. She lives in Oslo.
Animator of the Book Club: Hunter White. Learn more about Hunter here