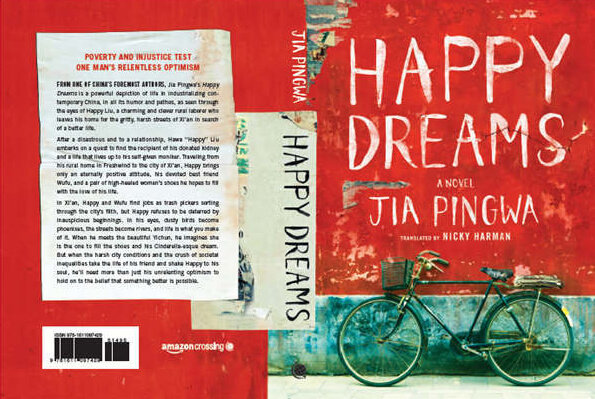 Join us as we learn about our Sister City Fuzhou cultural identity through a book from its country, China . All while snacking on delicious treats inspired by international cuisine! Check our book club page !
This month book:
Happy Dreams by Jia Pingwa
Book link 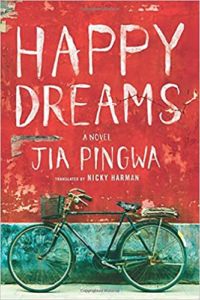 Description:
From one of China’s foremost authors, Jia Pingwa’s Happy Dreams is a powerful depiction of life in industrializing contemporary China, in all its humor and pathos, as seen through the eyes of Happy Liu, a charming and clever rural laborer who leaves his home for the gritty, harsh streets of Xi’an in search of better life. After a disastrous end to a relationship, Hawa “Happy” Liu embarks on a quest to find the recipient of his donated kidney and a life that lives up to his self-given moniker. Traveling from his rural home in Freshwind to the city of Xi’an, Happy brings only an eternally positive attitude, his devoted best friend Wufu, and a pair of high-heeled women’s shoes he hopes to fill with the love of his life. In Xi’an, Happy and Wufu find jobs as trash pickers sorting through the city’s filth, but Happy refuses to be deterred by inauspicious beginnings. In his eyes, dusty birds become phoenixes, the streets become rivers, and life is what you make of it. When he meets the beautiful Yichun, he imagines she is the one to fill the shoes and his Cinderella-esque dream. But when the harsh city conditions and the crush of societal inequalities take the life of his friend and shake Happy to his soul, he’ll need more than just his unrelenting optimism to hold on to the belief that something better is possible.
Author: Jia Pingwa, a prominent and celebrated writer and essayist, was born in 1952 into a farming family in Danfeng County, Shaanxi Province. He began to write while studying in the Chinese department of Northwest University in Xi’an. Jia Pingwa first achieved fame in the 1970s and 1980s with his award-winning short stories and novellas, the majority of which are set in Jia’s rural homeland in Shangzhou Prefecture. After Jia graduated in 1976, he worked as an editor at the Shaanxi People’s Publishing House. Since then he has become a full-time writer.
Animator of the Book Club: Hunter White. Learn more about Hunter here
Share
Fuchs Foundation Grant Boosts Tacoma Sister Cities Program
Sister Cities International statement on Black Lives Matter