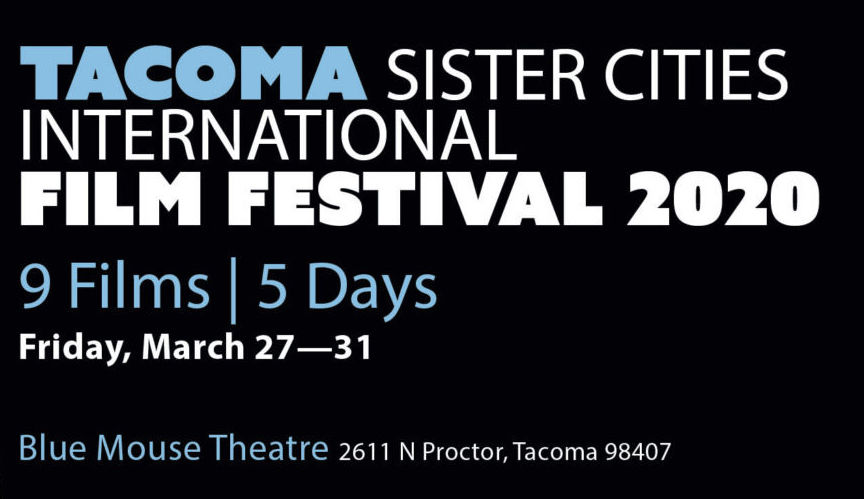 DID YOU KNOW ? Tacoma Sister Cities has its own Film Festival!

The Tacoma Sister Cities International Film Festival is an annual event that allows  to share cultural aspects of each sister city with its community members.

In partnership with the Blue Mouse Theatre, the film festival brings you films from all the Sister Cities of Tacoma to help you better connect and understand each city/country culture through an interactive experience.

The 2020 Film Festival will run for ONE weekend and THREE days and will present NINE films!

Cultural programs before/after the screening of films, and a gala evening on Saturday April 18 at the Tin Can Alley!

WHERE
Blue Mouse Theatre in Proctor

Line up on our Film Festival dedicated page