Tacoma Sister Cities is holding major events during the year which include:

Visit each dedicated page to learn more about these events.

In addition, we organize other cultural and fundraising events all year long. You can check our calendar below for our upcoming events. Hope to see you soon!

The Tacoma Sister Cities International Film Festival is an annual event that allows  to share cultural aspects of each sister city with its community members.

In partnership with the Blue Mouse Theatre, the film festival brings you films from all the Sister Cities of Tacoma to help you better connect and understand each city/country culture through an interactive experience.

NEW! This year the festival has changed its format for a four day continuous event and will be held from April 25 through April 28, 2019.

Also this year, the Film Festival is back at the Blue Mouse Theatre and this will allow for cultural programs before/after the screening of the films, an aspect of the film festival that our fans cherished over the years.

Visit our dedicated page for the complete program 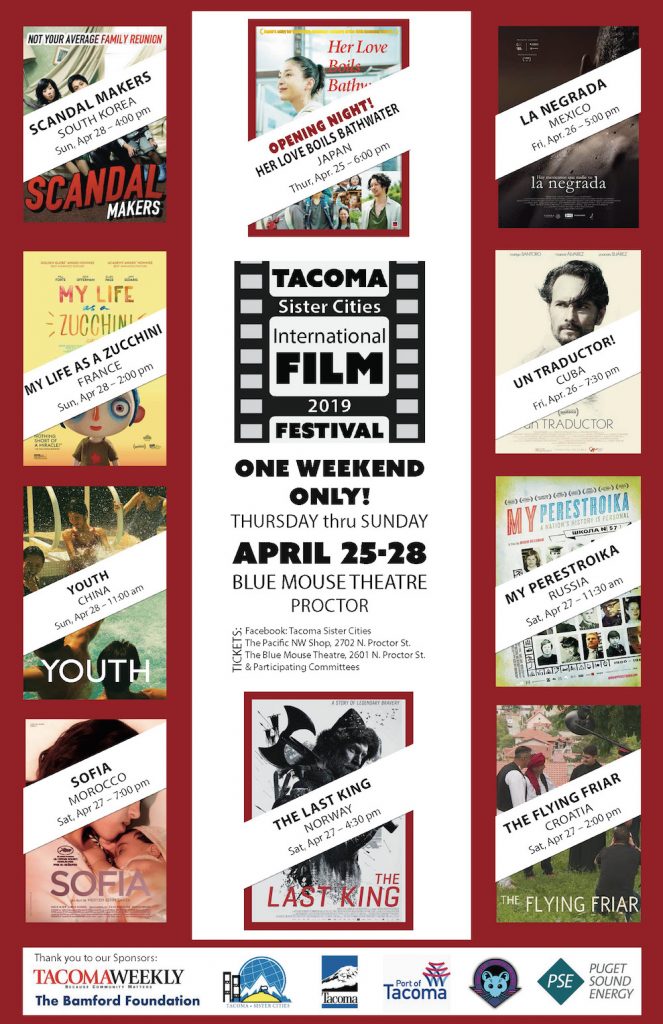