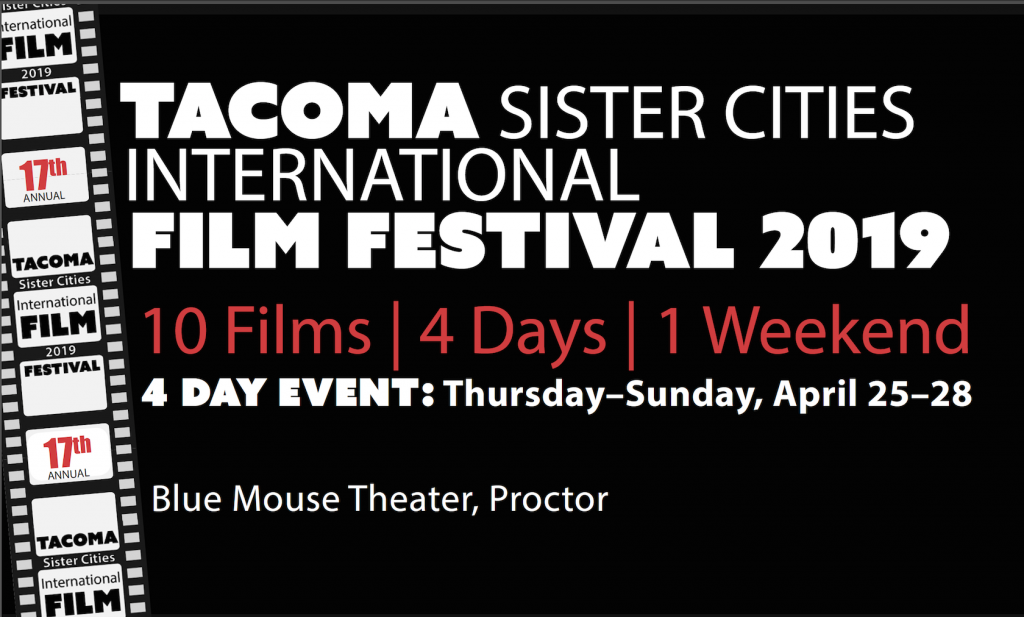 Reserve your tickets for the Sister Cities Film Festival !

This year, the format is a full weekend with opening night on Thursday, April 25th celebrating the 60th anniversary of the Tacoma-Kitakyushu Sister City relationship.

The festival wraps up on Sunday, April 28th celebrating the 40th anniversary of the Tacoma-Gunsun Sister City relationship.

The festival is designed to increase awareness of the Tacoma Sister Cities program, highlight cultural activities, and educate the Tacoma community about the linkages to countries and cities around the world. Tickets are available for purchase online via Tacoma Sister Cities Facebook and Eventbrite. You can find the full program on the Film Festival dedicated web page.

There are ticket options for everyone!